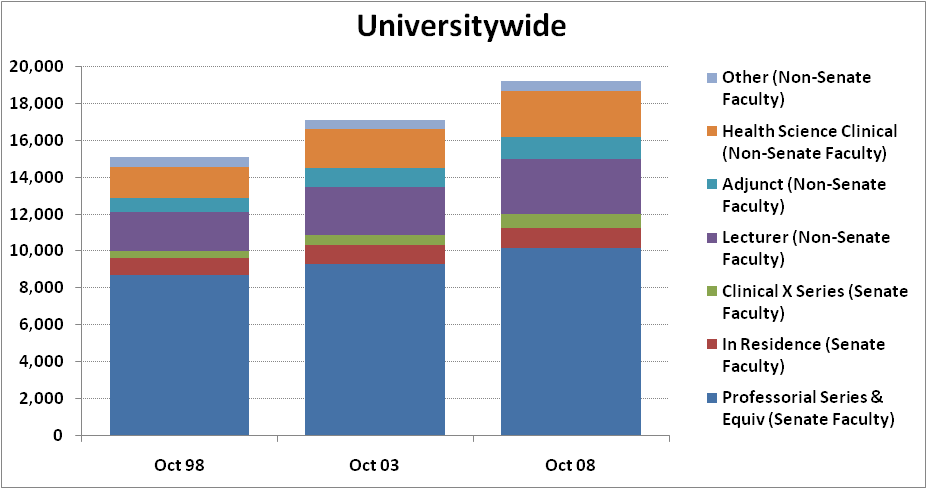 The picture reflects two trends. First, the proportion of faculty with appointments in the clinical X series, adjunct, and health science clinical series grew from 19 to 23 percent (2,818 to 4,455), largely due to increases in federal funding for health sciences research.

Second, the proportion of non-Senate lecturers grew from 14 percent of all faculty in 1998 to 16 percent of all faculty in 2008 (2,108 to 3,008). Here, too, there are economic reasons at work reflective of the long-term decline in state funding. Non-Senate lecturers are teaching-only faculty and typically command lower salaries than Senate faculty. As such, they deliver instruction at a lower per-student cost.