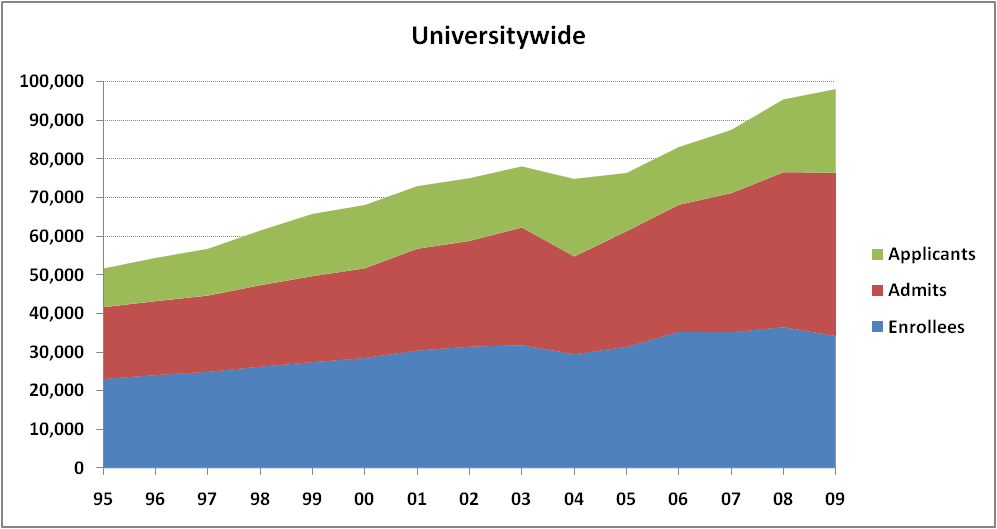 In response to the fiscal crisis, the University enrolled 2,300 fewer new California resident freshmen in 2009-10

Freshman enrollment also dropped in 2004 when funding for enrollment growth was excluded from the 2004-05 state budget. Although these funds were later restored, UC denied an unusually large number of students for fall 2004.

Source: UCOP StatFinder. Additional information can be found at: http://statfinder.ucop.edu/