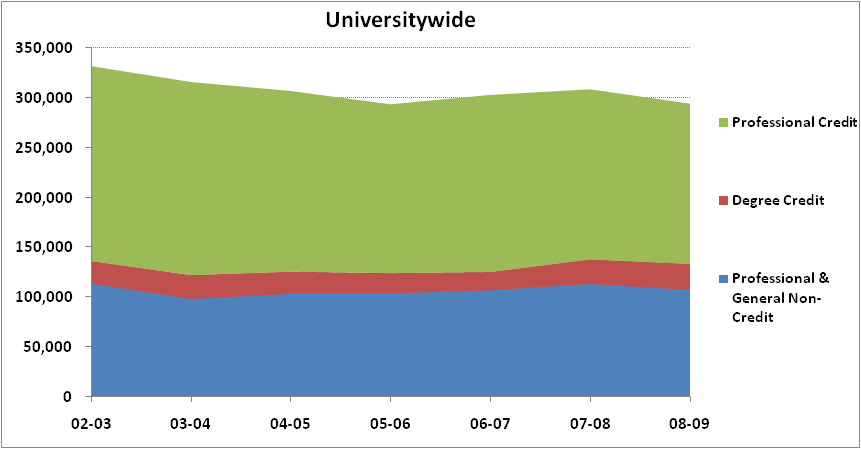 UC Extension is completely self-supporting and its offerings are dependent upon user demand, which varies due to many factors, including the strength of the local economy.

Each campus extension program addresses particular educational needs in its own geographic area.

Decline in UC's extension enrollments since 2002-03 may be due to increasing competition from other university extension programs and the dramatic recent growth in student enrollments at for-profit universities.