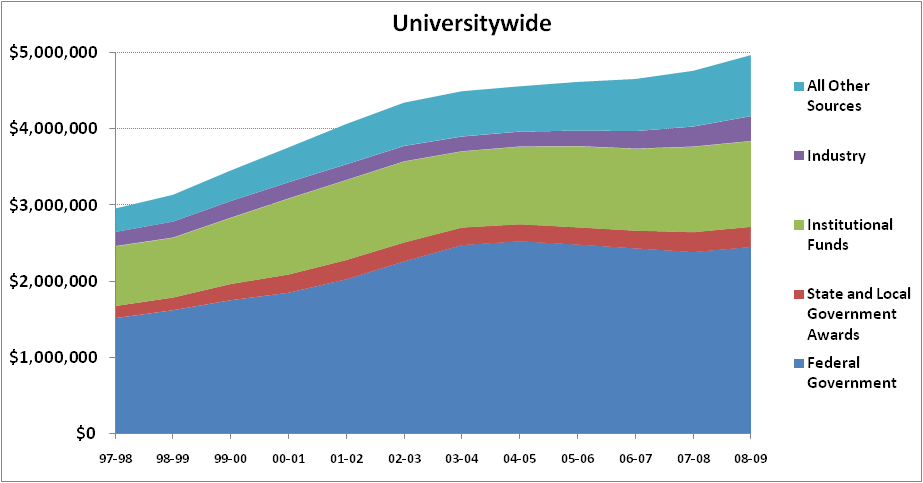 Federal funds are the University's single largest source of support for research, accounting for almost half (49 percent) of all University research expenditures in 2009.

Institutional expenditures, which accounted for 23 percent of all R&D expenditures in 2008-09, come from a variety of sources, including state government appropriations, general-purpose awards from industry and foundations, endowment income and unreimbursed indirect costs.

The category "all other sources," which accounted for 16 percent of all R&D expenditures in 2008-09, includes awards from nonprofit foundations, voluntary health agencies, and gifts from individuals that are restricted by the donor to research.

Note: Data include direct and indirect costs (both reimbursed and unreimbursed). Direct research expenditures go directly to the principal investigator in support of a specific research project; indirect research expenditures provide additional support to the University for the research infrastructure, such as maintaining buildings and research space, providing for technological infrastructure, libraries, utility costs, etc.