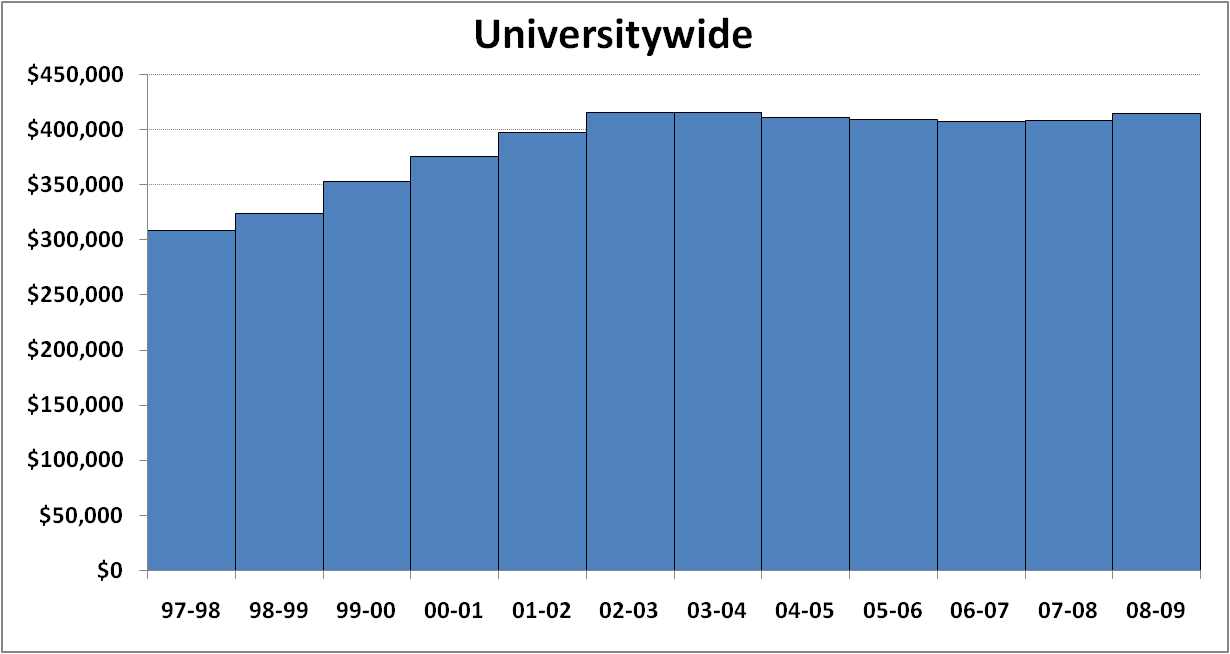 Research expenditures are one among several different possible measures of research productivity.

The National Institutes of Health budget doubled between 1998-99 and 2002-03. This helps explains some of the increase in research expenditures per Senate faculty member that occurred over the past decade, especially at UC's five medical school campuses. 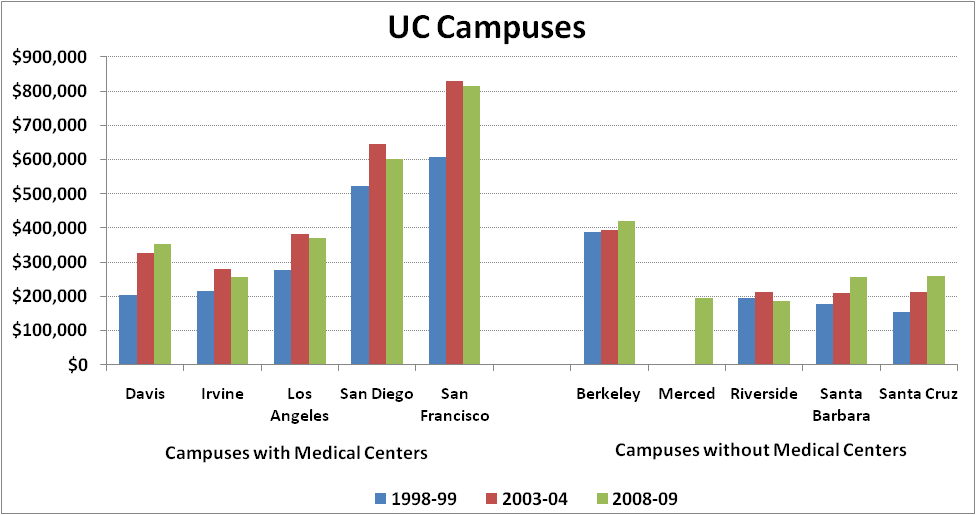 Figures are in thousands of inflation-adjusted 2008-09 dollars.

Data include direct and indirect costs (both reimbursed and unreimbursed). Direct research expenditures go directly to the principal investigator in support of a specific research project; indirect research expenditures provide additional support to the University for the research infrastructure, such as maintaining buildings and research space, providing for technological infrastructure, libraries, utility costs, etc.