Indicator 71
Federally Funded Research and Development Expenditures by Agency, 2003-04 to 2008-09 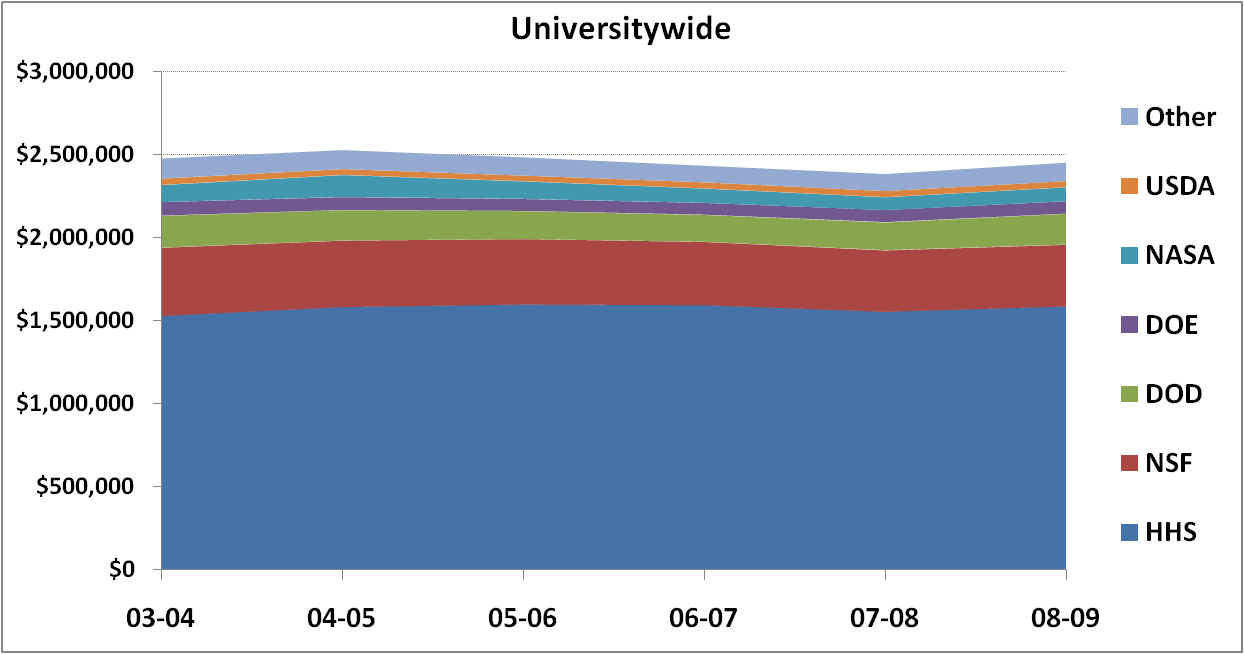 Almost two-thirds (64 percent) of the University's federal research awards in 2008-09 came from Health and Human Services (HHS), primarily through its affiliate, the National Institutes of Health (NIH).

Data include direct and indirect costs (both reimbursed and unreimbursed). Direct research expenditures go directly to the principal investigator in support of a specific research project; indirect research expenditures provide additional support to the University for the research infrastructure, such as maintaining buildings and research space, providing for technological infrastructure, libraries, utility costs, etc.