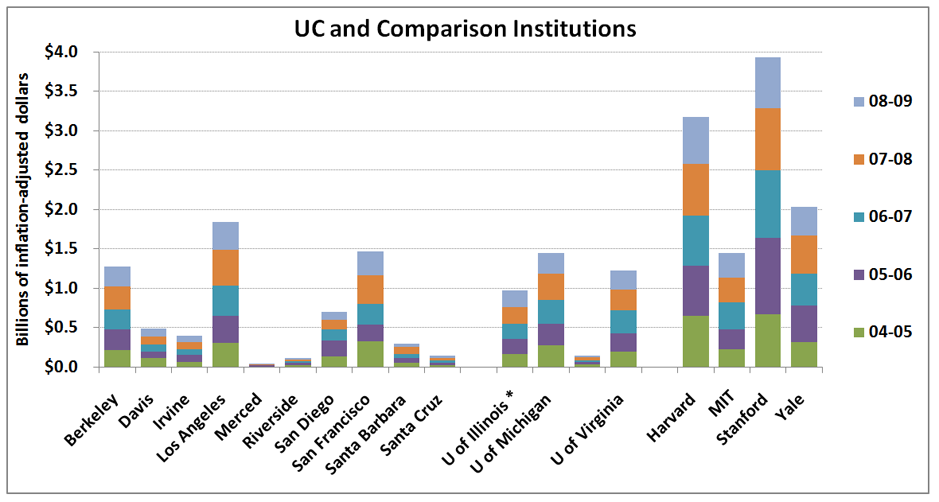 Over the last several years, UC has been very successful in raising philanthropic support even compared to our peers, some of whom are among the most successful fundraising institutions in the country.

In the fiscal year ending June 30, 2009, UC received more than $1 billion in private support for the ninth year in a row. Although the economic crisis clearly impacted the amount of support that UC as well as other charitable institutions received, funds raised in 2008-09 exceeded early projections and represented the second most successful fundraising year in the University's history.

Gift volume at UC is influenced by the age of the campus, size of its community, and number of health science programs (which attract almost half of all private support). In addition, campus development programs are at different states of maturity. Many campuses have only recently expanded them to include planned giving, reunions, parent programs and other services that are features of comprehensive fundraising programs.

Source: Council on Aid to Education.

* University of Illinois does not report separately for its campuses.