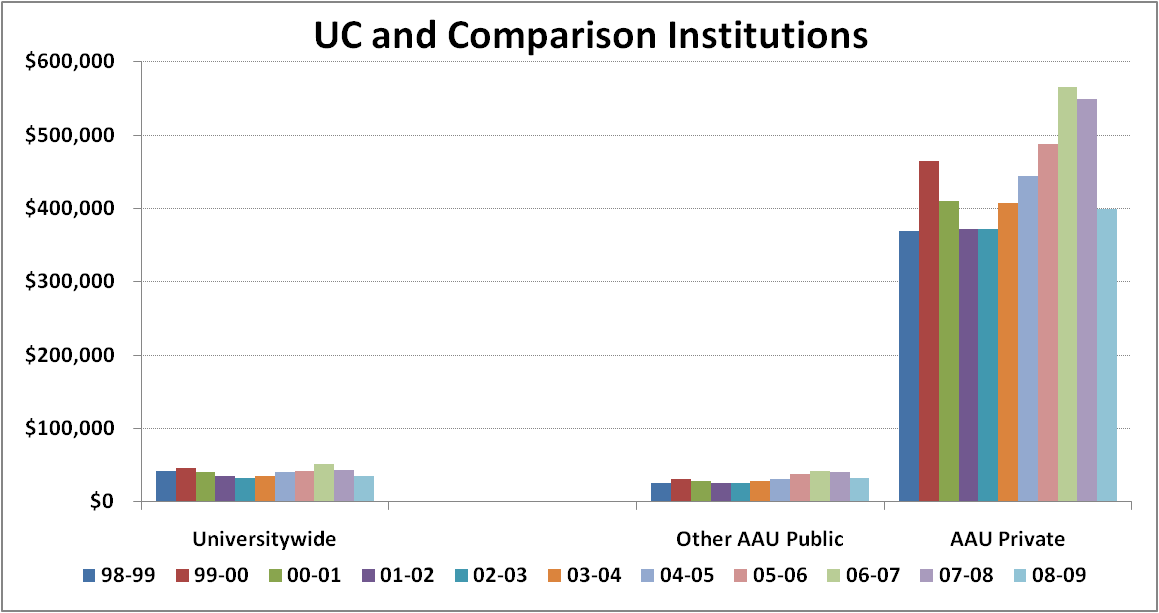 An institution's endowment represents money or property that has been donated over the years, usually with the stipulation that it be invested with only the returns on the investment being spent.

The interest from endowment funds supports a range of activities, including endowed chairs, financial aid and research. However, there continue to be significant operational needs for which state funding and student fees are sometimes the only feasible option.

As of June 30, 2009, the regents and campus foundations together held $7.8 billion in endowment funds, a decrease of about 18.4 percent over the prior fiscal year.

Although their endowments also have shrunk in the current fiscal crisis, elite private research universities still have a per-student endowment that is significantly greater than that of UC and most public institutions.

For many years, public schools such as UC relied on state support the same way that private schools relied on endowment payout. As state support for education has fallen, endowments are sometimes viewed as one way to help make up the difference. However, endowment funds would have to increase by more than 250 percent from their current value (from $7.8 billion to more than $28 billion) in order for them to generate enough income to cover the $814 million reduction in state funding that UC received in 2008-09 alone. The additional endowment funds would also need to be unrestricted, i.e., not dedicated to specific areas as are the vast majority of endowed gifts.

Source: Council on Aid to Education.