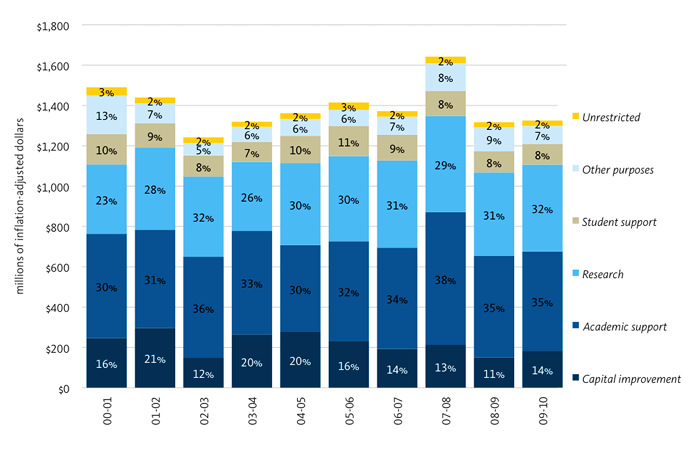 The relative stability in the level of private giving to UC during the last decade is not atypical of trends in higher education generally. Indeed, the trend line for year-on-year change for AAU publics (including UC) is better than it is for AAU privates even though privates continue to raise more money annually than their public counterparts.