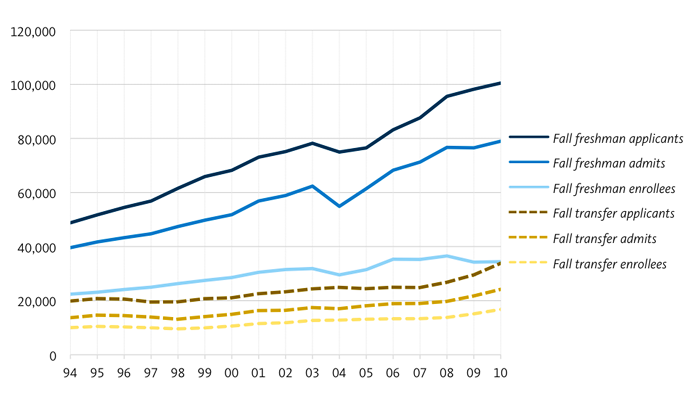 During the past 16 years, applications to UC have nearly doubled. UC enrollments have grown 58 percent during the same period, but are still falling short of demand.

Despite reductions in state support, UC continues to maintain its obligations under the Master Plan by admitting all eligible Californians. As a result, in 2010-11, UC enrolled nearly 13,000 California students, including 11,000 undergraduate students, for which it received no state support.