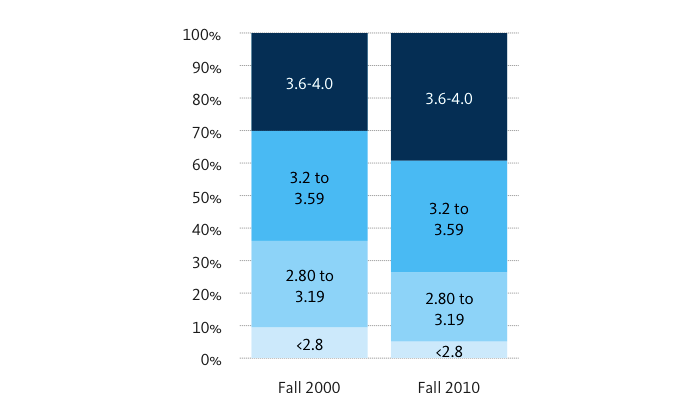 Like freshmen, UC transfer students in fall 2010 were better prepared academically than their counterparts in earlier years, as measured by their grades.1

1 The transfer GPA is based on grades for college-level academic courses from the college(s) where students were previously enrolled. *Merced did not open until 2005.