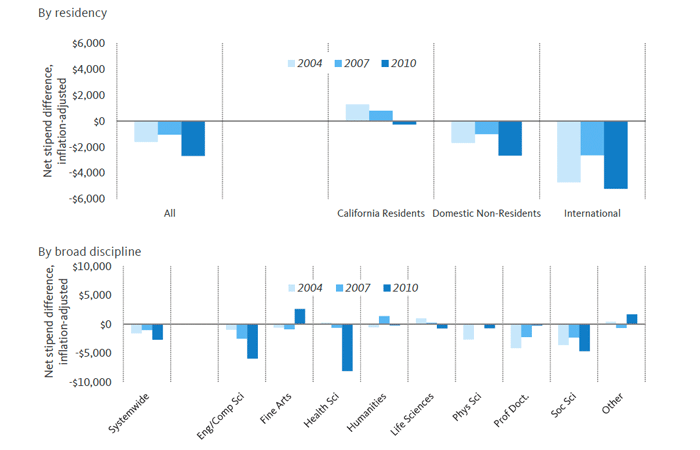 Except for California residents, UC is not able to offer competitive stipends to its doctoral students.

Doctoral students are crucial to a university's research competitiveness. To attract the best, universities offer stipends to help offset tuition and living expenses.

Net stipend is the amount of competitive (non-need-based) aid that students have for living expenses after tuition and fees are paid. It is calculated by subtracting total tuition and fees from a student's support package (which includes gift aid, and teaching or research assistantships). The "stipend gap" varies by discipline.