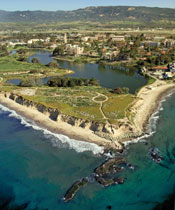 Background
The University of California seeks to develop reliable sources of revenues, including a strong investment from the state, and to use them in a strategic manner to sustain its tripartite mission of teaching, research and public service.

This chapter summarizes the financial challenges that the University has faced through the 2012-13 fiscal year. Revenue and expenditure data show changes in both the amounts generated (or expended) over time and their distribution across areas. Trends in private support are shown.

Tracking expenditures
To help mitigate declines in state funding, the University has sought to increase revenues from other sources, such as student tuition and fees, federal indirect cost recovery and private giving. The University also has moved aggressively to reduce operating costs. Chapter 13 identifies some of these cost savings. Even under the most optimistic assumptions, however, efficiency improvements and alternative revenue generation can offset only a portion of the budget shortfalls projected over the next few years.

What this means for students and families
Even though the actual, inflation-adjusted cost of educating a student at UC has dropped by 13 percent since 1990, the state's share of expenditures has fallen even more steeply. As a result, students and their families must bear a growing proportion of the cost of education. Even these increases in student fees have not made up all of the reductions in state support.

Looking forward
The November 2012 passage of Proposition 30 by California voters, combined with improvements in the California economy, promise to bring some stability to the state budget and thus to the UC budget. UC met the recent budget challenges by reducing operating costs and identifying alternative sources of revenues. In addition, the University is making comprehensive changes in the way funds flow within the University.

Historically, certain revenues have been collected centrally by the UC Office of the President and redistributed across campuses to promote systemwide priorities. Following lengthy consultation with campus leadership, beginning in 2011-12, all campus-generated funds — tuition and fees, research indirect cost recovery, and patent and investment income — have been retained by or returned to the source campus. To support central operations, the University has established a broad-based, flat assessment on campus funds. The University anticipates that these changes — referred to as the Funding Streams Initiative — will simplify University financial activity, improve transparency and motivate campuses to maximize revenue.

UC will face additional financial challenges in the years to come as a result of demographic and social policy changes occurring nationwide. The population in the United States is aging and living longer. The University has adopted a series of measures designed to preserve the long-term viability of its pension and retiree health benefits while still providing attractive post-employment benefits for employees.

In addition, the Affordable Care Act is likely to have a profound effect on the finances of UC medical centers. Not only will there be a larger number of individuals with coverage requesting health care services, but certain reimbursements for Medicaid patients will be reduced. These changes will affect all of American society, and UC, as a major employer and provider of health care services in the state of California, will not be exempt.